This paper examines the role that Austrian economists played in international economics discussions in the 1920s and 1930s. With the support of the Laura Spelman Rockefeller Memorial, Austrian scholars received the opportunity to study abroad, learning the latest social scientific techniques in use, particularly in the United States. They also applied to the Rockefeller Foundation (RF) for funds to support their ongoing research in Central Europe. The most notable innovation was the Institut für Konjunkturforschung (IfK; Institute for Business Cycle Research), which existed as an independent economics institution until the Anschluss in 1938. The IfK became the crown jewel in a string of Central European business cycle institutes. Under the leadership of Friedrich Hayek and especially Oskar Morgenstern, the institute introduced innovative techniques and produced reliable economic data. Additionally, the Austrians wrote books and organized conferences about the Great Depression. Finally, when many Austrians sought refuge from the ever-worsening political situation in Europe, they turned to their contacts at the RF for assistance in finding employment or for financial assistance. For several of the émigré Austrian scholars, the relationship with the RF endured throughout most of their productive careers. Well into the 1960s, the RF continued to sustain projects from the Austrians, some of which outlived their originators. 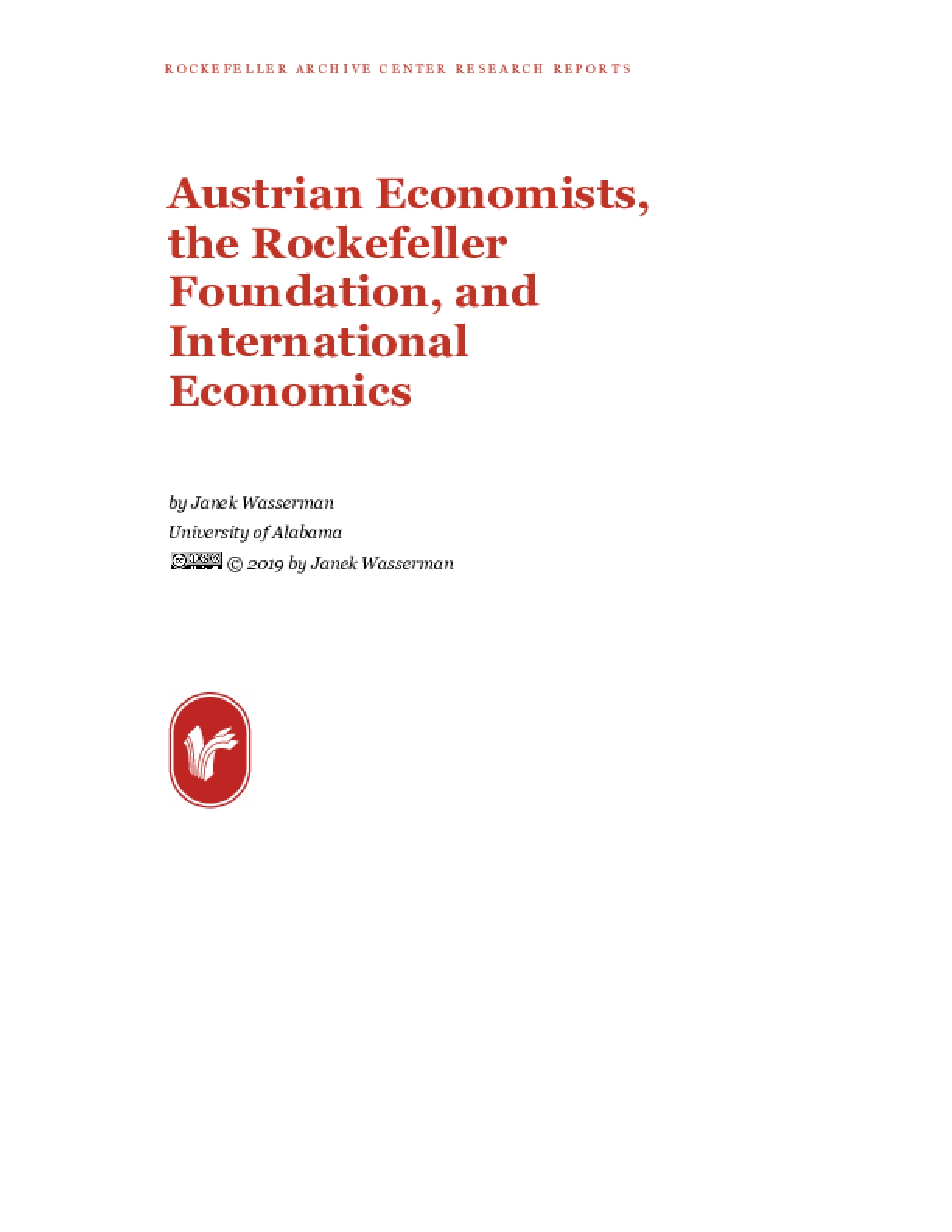