Fiscal Impact on EU Migrants in Austria, Germany, the Netherlands and the UK

This study was undertaken to estimate some aspects of the net fiscal impact of EU migrants in four EU countries -- Austria, Germany, the Netherlands and the United Kingdom. The report outlines the role of migrants from EU countries as participants in the labour market, as taxpayers and as benefit recipients also. With regard to social expenditures received by EU migrants, the study focuses on public spending according to key benefit functions. All major social programs are included -- pension, health, and social protection -- as reported by national governments and Eurostat. These schemes include benefits that are both contributory (e.g. pensions) and non-contributory (e.g. income support). With regard to the contribution of EU migrants to national budgets, we estimate both the direct and indirect taxes, which can be attributed to the migrant population. In regard to direct taxes, we estimate taxes on labour including personal income tax and social security contributions. Indirect taxes are levied on consumption (both VAT and other duties such as fuel, tobacco, alcohol taxes, etc.). As the migrants are living in the destination country, they consume goods and services and therefore contribute to the overall fiscal revenues.Through communication with the various institutions responsible for revenue collection and different benefit payments in each country, and after a review of the limited information available, it was revealed that there are no statistical databases, which keep the nationality (citizenship) of individual contributors or recipients. Therefore, these government institutions could not deliver actual data on contributions and outlays related to EU-migrants in the respective country. 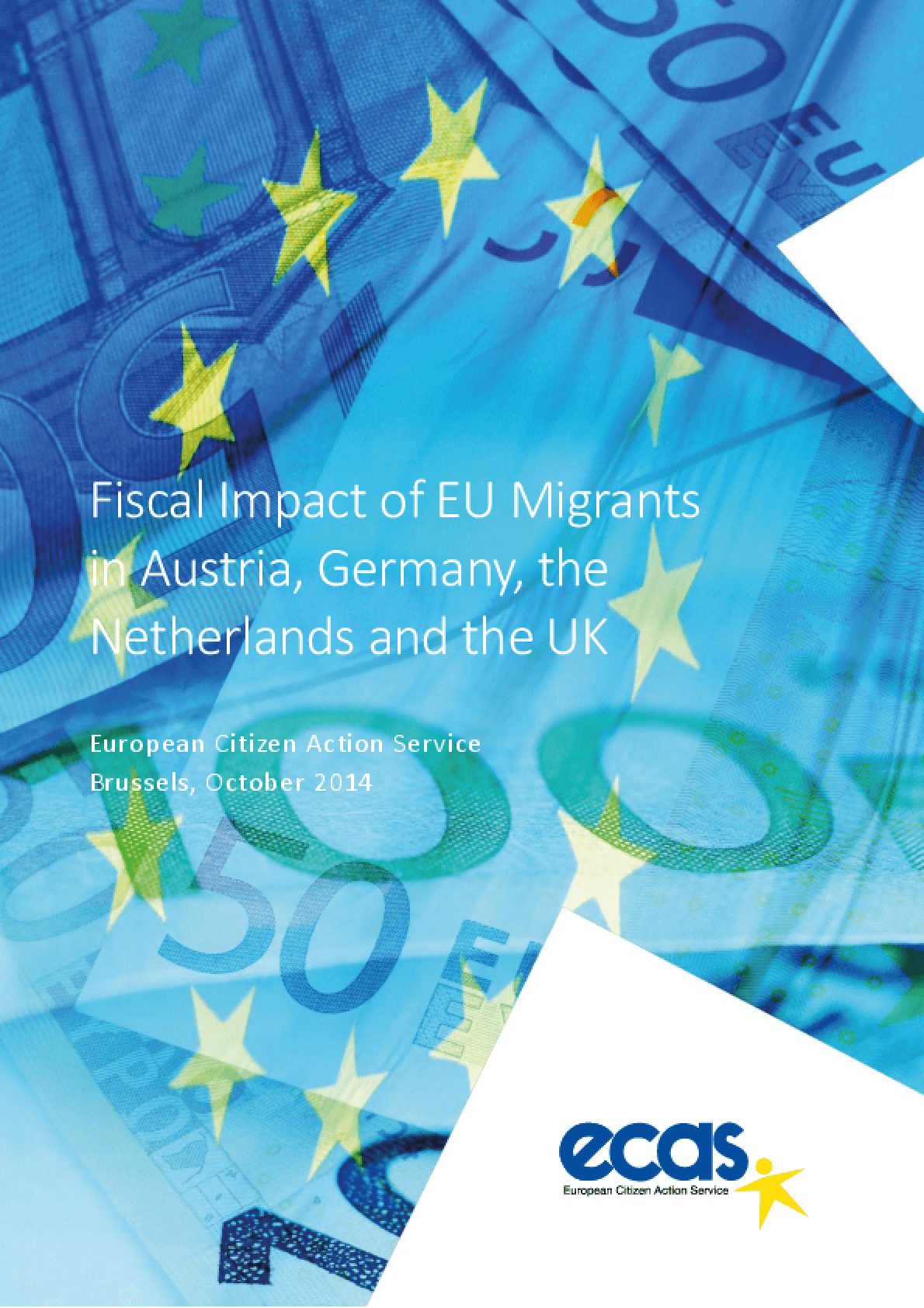