As the stalemate continues over a common set of rules on asylum within the European Union, "externalizing," "offshoring," "outsourcing" and, most recently, "regionalizing" asylum and migration management in non–European Union countries remain on the agenda. So does offshoring actually work? This brief takes a comparative look at offshoring asylum and migration management in Australia, Spain, Tunisia, and the United States, and lessons learned for the European Union.

This brief argues that government attempts to curb irregular migration may make it harder and more dangerous for those involved, but ultimately have little impact if the drivers and the demand for irregular migrants (in certain sectors of European countries' economies, for instance) remain unaltered. Offshoring won't be the silver bullet which will solve the European Union's migration conundrum. Instead, the notion of outsourcing asylum and migration to non-European countries, while politically expedient, will only continue to divert resources and time away from a sustainable, workable model of migration management; to undermine efforts to build genuine partnerships with non–European Union states; and to compromise European values in the process. 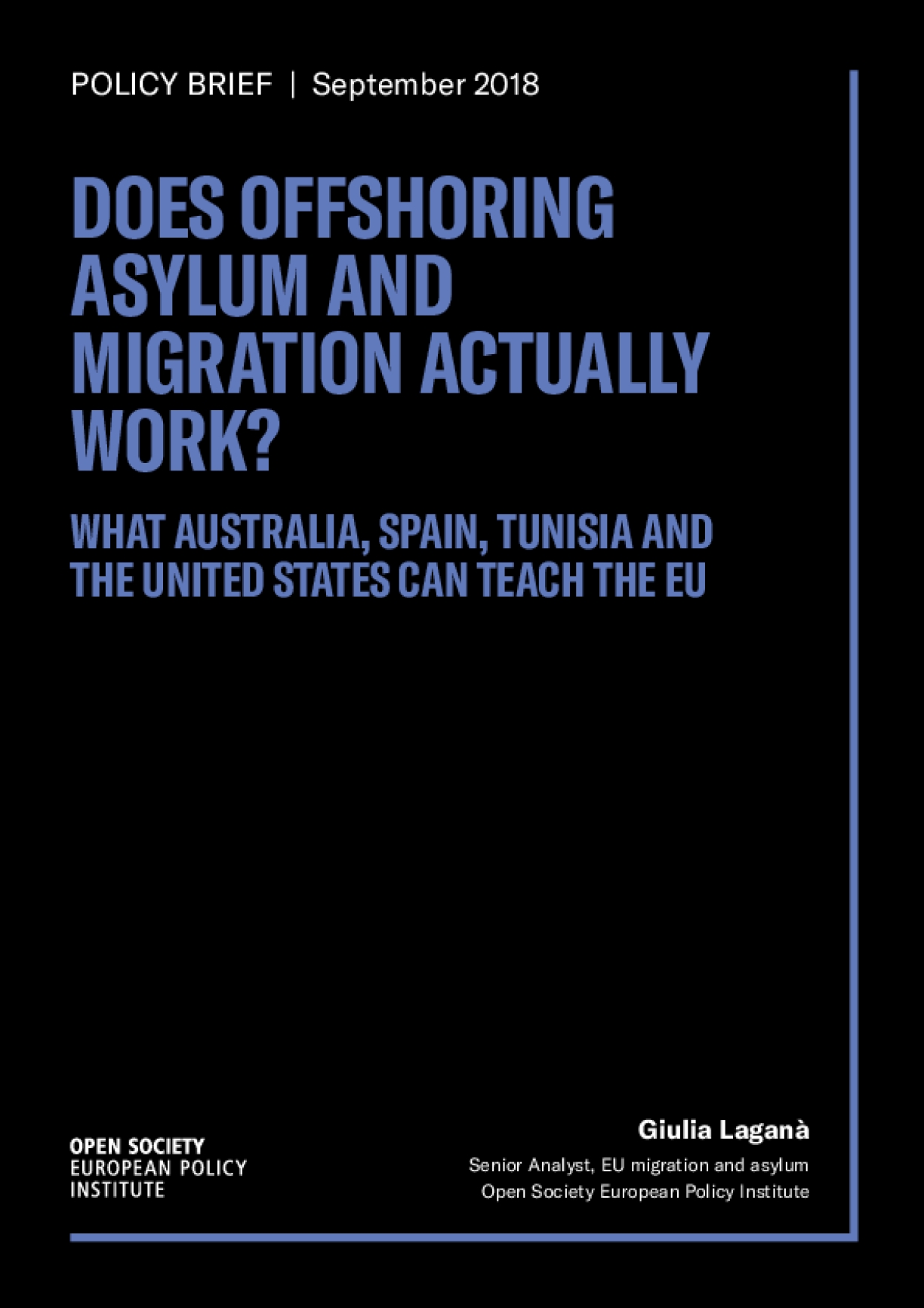